Oscar Colás Could Be LA Angels Next Two-Way Star by Vincent Page
Who is the new LA Angels reliever Kyle Keller? by Ryan Falla

It’s hard to believe that another decade has already gone by with many LA Angels players throughout the years for fans to enjoy.

Here are my top 10 LA Angels players of the decade, it was hard coming up with this list and many may not agree, but based on my experiences I had to have these players apart of my list.

The loss of Tyler Skaggs was tragic and it effected many people throughout the league, from teammates to fans. I had to include him in this list because of the weight of impact he had on the whole entire league and watching fans come together to honor him was amazing to see.

It helped remind me that baseball is more than just a game and watching organizations come together was something truly special. Numbers shouldn’t matter when it comes to something as serious as this, but I did believe that he was on the verge of finding himself and becoming a key part in the rotation based on the Angels trading back for him.

He will certainly continued to be remembered by fans and watching him have fun with the team through behind the scenes footage showed how much he meant to his teammates and the organization.

Trumbo was the key piece in the trade that brought Tyler Skaggs and Hector Santiago to the Angels, so his production was also seen by other teams. Trumbo was the man who hit for absolute power, hitting 32 home runs for the Angels back in 2012, making his only All-Star appearance with the Angels.

Watching him mash home runs at Angels stadium made me appreciate that he was our power guy in the lineup and hearing Mark Gubicza shout “That was a Trumbomb” also got me excited to watch him as the commentators were also showing love to him.

When I found out about the trade and heard he was part of the deal, I was crushed because I appreciated seeing him hit home runs almost effortlessly and I was wondering how the Angels could give that kind of production up. But I also knew that was a time when the Angels were almost desperate for more pitching depth and I understood that Trumbo needed to be included in the deal because other teams saw his raw power and talent and the Angels took advantage of that.

When I first heard of the big free agent offseason that the Angels had that brought over C.J. Wilson, I was beyond excited and surprised to see the Angels spend that much money. Watching him pitch for the Texas Rangers in the World Series, he became my favorite non-Angels player until the news broke that he would be signing with the Angels which I was in shock and excited.

When he came over to Anaheim, he picked up his success right where he left off and made the All-Star team in 2012 with the Angels. Another thing I enjoyed was that he was left-handed like myself and I loved watching him pitch because I was still in disbelief that I watched from go from the Rangers to my favorite team.

While he had to battle injury riddled seasons during his time with the Angels, he did put up some impressive numbers in his early years since coming to the Angels.

While Pujols may be more known as a St. Louis Cardinal than an Angel, when he came over to Anaheim it was truly shocking to me and was quite the experience to see the Angels spend so much money on one player.

It was entirely new experience as an Angels fan because we would be seeing Albert Pujols in an Angels uniform for at least ten years which I thought was insane because of how long the contract was. Pujols certainly changed the look of the team and while the Angels got him towards the end of his career, he was an Angel during his historic, record-breaking years which included hitting his 500th and 600th home-runs as an Angel and moving up the all-time list for home-runs.

The thought was that having Albert Pujols would attract future players and his knowledge about the game would encourage other players to consider playing on the Angels, despite Pujols diminishing in value in terms of production.

No matter how his legacy will end in Anaheim and how fans perceive his time with the Angels, there should be no doubt that his stay in Anaheim played a huge part in the decade.

Before more people starting figuring out who Kendrick was as a player for the Washington Nationals and being a key contributor to their World Series run, he was with the Angels for nine seasons.

During those nine season, Kendrick made the All-Star team once in 2011 when he batted for an average of .285, .338 OBP, and .464 SLG. Seeing him at secondbase for nine season gave me the mentality of always seeing him there and that he might as well be an Angel for life. He was able to put up consistent numbers each year he was with the Angels, before the team decided to move in a different direction and he didn’t have to move far because his next team was the Dodgers.

Call to the Pen
Los Angeles Angels: Shohei Ohtani could save baseball in 2020

After that, it felt rather strange to me when I would see him play for other teams that included the Phillies and the Nationals, until he made himself known with key at-bats during the postseason with the Nationals. I was excited to see Kendrick shine on the big stage and be a huge contributor as not many fans across the league may not have known who he is, but they certainly do now.

Having first watched him pitch from the bullpen, I remember hearing a lot of positive things surrounding Richards when he was coming up. Commentators and fans were excited to see him grow as a pitcher and an eventual starter that would be the frontline starter for the Angels rotation.

He spent eight season with the Angels, first coming out of the bullpen in relief scenarios before taking the next step in being a big contributor on the mound. Watching him take the next step and filling a spot in the starting rotation made me excited to see Richards as a young player start to discover himself and eventually be asked to lead the pitching staff.

That is, until a tragic freak injury occurred at Fenway Park against the Red Sox where Richards was going to field first base on a grounder and fell to the ground. I remember watching him in pain and thinking the worst and wishing him the best of luck in such an unfortunate injury. Now watching him slowly start to come back with the San Diego Padres makes me excited for him as a fan of pitching and wish him continued success as he tries to return to form. 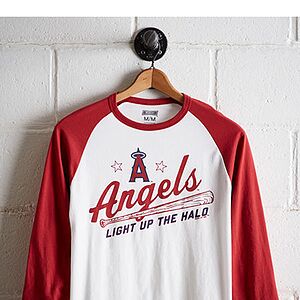 Watching Calhoun come up to the big leagues and contributing to the team anyway that he could was always something to watch. As the seasons kept going, he kept producing for the Angels and became their staple at right field playing eight seasons all with the Angels.

His defensive capabilities were amazing to watch as he made some of the harder catches look routine in right field. He also occasionally showed his cannon of an arm as he would gun down runners that were foolish for not thinking twice about running on him and he made them pay the price. Seeing him on social media going to children’s hospitals warmed my heart and made me appreciate him even more because of how humble he was and how much he respected the opportunity given to him.

Also, watching him change his stance while being in a slump showed his determination to not give up and was willing to put in the time to get better which made me look up to him as a person. It will be hard not seeing him in right field anymore but his new team, the Arizona Diamondbacks, should appreciate the player they picked up and its better to know that he’s playing closer to his roots.

Another pitcher that comes up on this list is Jered Weaver because of his dominating stuff against hitters and for the number of years he was able to pitch. Weaver emerged as the ace of the pitching staff at the start of the decade, making three All-Star appearances in 2010-2012.

He wasn’t known for throwing high velocity fastballs that was becoming a common trend in baseball, and reporters were curious if his stuff could play in today’s baseball world. Of course he did prove it by using perception to frustrate hitters and changing up pitches to disrupt hitters timing.

He is one of my all-time favorites because of his ability to use his skill in ball manipulation to get batters out, rather than just blazing heat with a fastball at 100 mph and he needed to adjust to get late into the game.

While he was only an Angel for 3 seasons,  Haren was one of the reasons why I got so interested in baseball and the art of pitching because of his unique ability to get batters out. It is similar to Jered Weaver in that Haren didn’t just rely on velocity, he had to command his pitches well and use movement to get some of the best hitters out.

His best season with the Angels was possibly 2011 in which Haren had a 3.17 ERA and pitched 238.1 innings which gave the Angels both quality and length that season. He had more impressive seasons with the Oakland Athletics and Arizona Diamondbacks in which he made 3 All-Star appearances from 2007-2009.

He was the first player that I got a jersey of, which is why I valued him so highly and I just loved watching him pitch and rooting for him on the television or at the ballpark itself.

Finally, my favorite Angels player of the decade has to be arguably the best baseball player of this decade in Mike Trout. This should come to no surprise to many as Mike Trout puts up MVP like numbers every season and doesn’t seem to be ever slowing down.

Watching Trout play in his first big league season I was just excited to see him play in the Major Leagues every day as I was listening closely to reporters and commentators having high expectations for him since he was the number one ranking prospect. I believe that every Angels fan should appreciate that they have the best player in baseball right now and that of the decade.

I have no doubt that Trout will continue his historic career as he also represents what a baseball player should be, as he seems to always be humble and with humility as he always has something he wants to improve on every season.

It is also truly special that Angels fans will get to see Trout continue his success through the foreseeable future as he signed an extension that almost seemingly makes him an Angel for life.